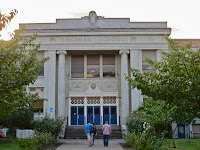 Saturday was the last night of summer, 2013.  Considering how summer flew by, watching the Vaux’s Swifts swirl around Chapman School served as an appropriate good bye to summer.

Swifts congregate in large groups for their winter migration to Central America and Venezuela.  Thousands and thousands of them pass through Portland.  Several years ago, the Swifts decided the old chimney at the Chapman School, in Northwest Portland, was a good Motel 6.

When people first noticed it, they had to work out what to do.  Do they fire up the furnace?  How can they manage the school and be kind to our feathered visitors? 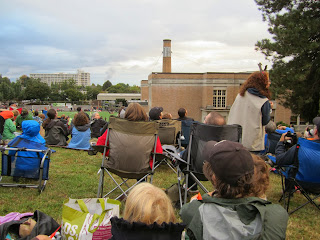 Years later, people congregate for the show.  The atmosphere is like any of the other free summer events – concerts in the park or movies in the park.   Some people bring blankets, chairs and food.  We all wait in eager anticipation.

Then, the birds arrive. A few, at first.

The swifts fly around ana around.  Some look like they are about to descend into the chimney.  But, not yet.

More swifts arrive.  The fly ‘round and ‘round, clockwise.  First, it’s a wider circle, like a carousel.  At the end, the circle tightens like a tornado.

Just like when people sit for fireworks, an occasional “ooh, or ahh” erupts spontaneously.  Last night, that happened when the peregrine falcon sped toward the chimney looking for a quick snack, scattering the swifts for awhile.

The swifts fly above and behind the falcon, for safety, I suppose.  Then, they form up again, and swirl into the chimney until the falcon takes another run at them and they scatter again.

As the Chapman Chimney proves, once swifts find a good rest stop, they return year after year.  Once the humans find a good free show, we return, too. 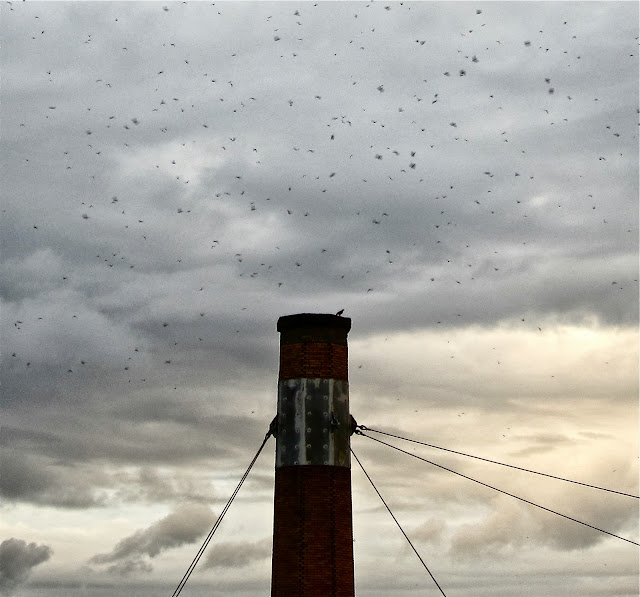