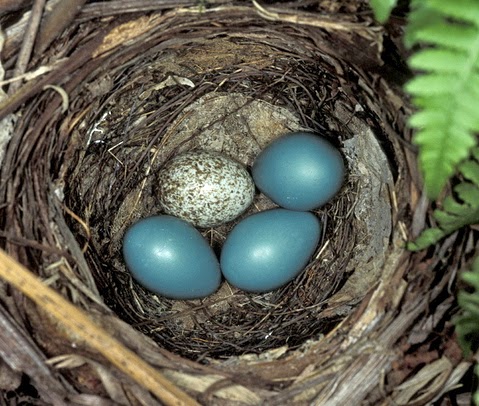 Brood parasitism occurs in the bird world.  A cowbird, for example, will lay its eggs in another bird’s nest and let the host mind the egg and feed the hatchling.

Allyson and I are practicing a different version of brood parasitism.  We let our siblings raise children.  Now we are trying to steal them away after all the hard work of child rearing has been done.

Last night, Kent moved to town.  That work is done.

The nights before, we were working on Zara and Reilly.


Our method is to show them Portland’s delights.  Feed them delicious and unique foods at local restaurants, and hypnotize them with exotic drinks.   Espresso Martini, Reilly?  Grasshopper, Zara?

Gloria brought forth three terrific kids: Steve, Scott  and Allyson.  Her children grew into caring, responsible adults, who will miss her terribly, as will her dear husband of 54 years, Jay Krueger, her four grandchildren, her daughter-in law and son-in-law, other family members and the countless people whose lives she touched over the decades.

Gloria's family was and is musical. Gloria taught piano to young children and teenagers between 1967 and 2005, adopting the Suzuki method in the early 1970s.  Gloria learned Japanese before and during her training in Japan, and she enjoyed engaging with Japanese-speaking people (often at sushi restaurants). She was an accomplished teacher who inspired others.

In her retirement, Gloria "G Sharp" Krueger earned her diploma from Klown Kollege, in Laguna Woods Village, where she and Jay lived since 2005. She became proficient at balloon animals, face painting, and other clown skills. Gloria greatly enjoyed dressing up in her clown costumes and volunteering at events.

Gloria and Jay's love of Native American culture, arts and crafts began with a visit to the Navajo nation in the '60s.  Over the years, they supported Native American artists and were charter members of the National Museum of the American Indian.

Gloria had many other interests, despite her busy life as a teacher, mother and wife.  Gloria and Jay were among the founders of the Labrador Retriever Club of Southern California and followed the "dog show circuit" for about 12 years, with Gloria handling the pooches. ("Ocho" was her favorite of their eight labs.)  Gloria painted and enjoyed reading.  Gloria and Jay loved to travel, driving all over the Southwest, West and North to Canada.