Nausea keeps me off thrill rides.  So, trepidation merged with eagerness as we walked into Blue Hawaiian Helicopter’s house across from Lihue’s airport terminal.

BHH has its own, extremely tidy terminal, compared to a booth or a VW van, which provides assurance.  Also, they sold hats, T-shirts, toys, but not last wills and testaments.  After detailed instructions and careful loading, the music started in our headphones, and off we rose. 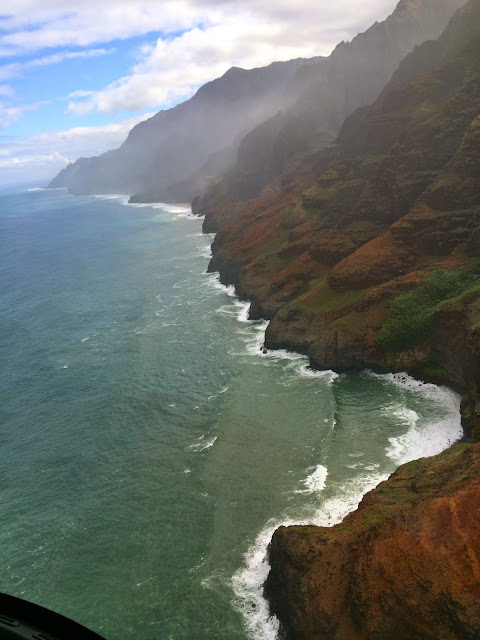 Jagged, green volcanoes rise from the sea on the north shore.

450 inches of rain per year on Mount Wai’ale’ale keep the waterfalls flowing on that side.

On the dry, west side, Waimea Canyon’s red walls might be enough to risk a helicopter ride all by itself, not to mention the coastlines that define an island. 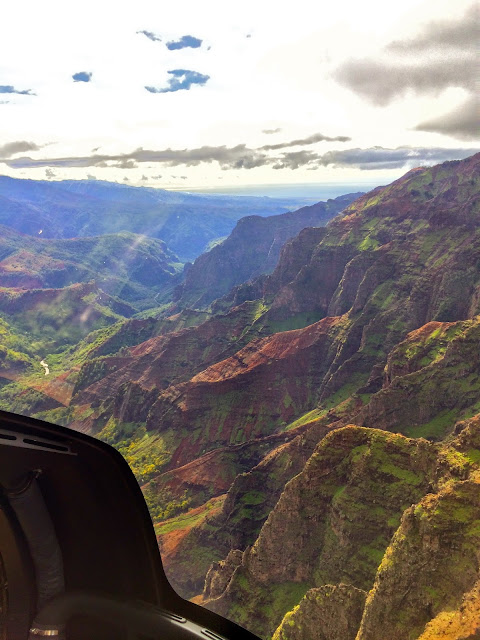 By the time we returned, 50 minutes later, we felt like kids who splash landed from twisty water slide and wanted to run to the top and do it again.

More photos here.  We'll see if we can load the 50-minute video on Youtube.
Posted by Je4son at 10:47 AM No comments: