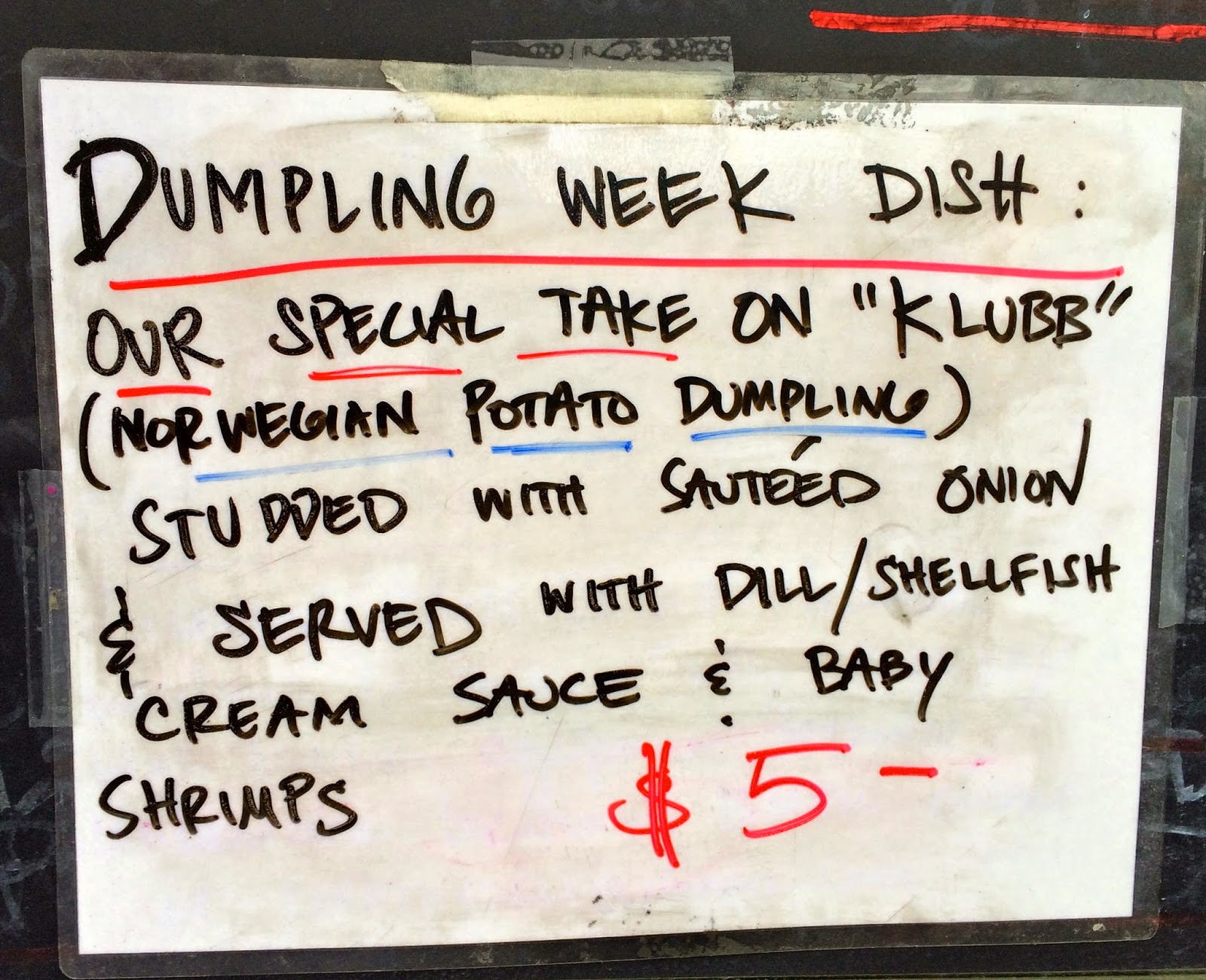 The Oregonian declared February 1-7 as the Dumpling Week.  Zara alerted Allyson, who copied me.   19 restaurants with 19 qualifying dishes.  Go. Eat. Get stickers, and enter to win a drawing.

Where the heck is it?  Oh, it's a food cart.  It's 43 degrees and feels colder.  With an unheated common seating area for the pod on 43rd and Belmont, eating fast was imperative.

$5.  The fish sauce made for an interesting flavor. Shrimp and fresh sprig of dill on top.

Only later did I realize that the fist-sized congealed mass I ate was mostly potato with some flour.  Which begs the question, what is a dumpling?  [2/1/2015]

Sidebar: What is a dumpling?

It's dough: flour, potato, or bread with add ons such as meat, sweets, fish or vegetables.  People cook them in different ways.  Wontons, such as pot stickers count, as do raviolis.

Indoors is good.  The rappy, hip-hop tunes undercut the homage to a southern diner.  But I liked the music. 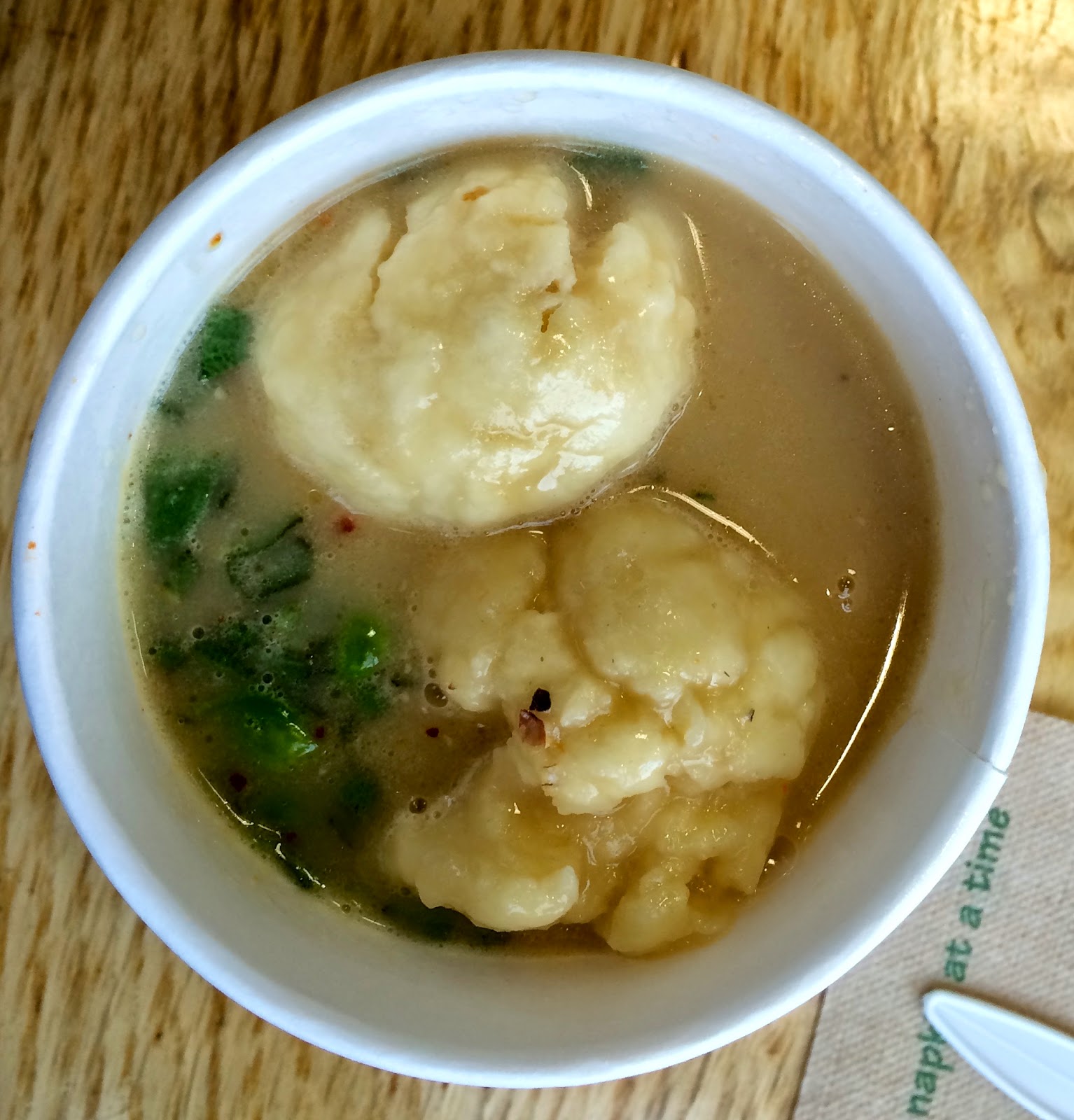 $5 for parmesan and chive dumplings in lemon chicken consumme (lots of heat from pepper).  A few peas and just a few chicken remnants (maybe enough to fill a shot glass) to enjoy with the spork.

The dumplings?  Ball-o-dough?  I'm sure they are good for people who appreciate dumplings.  I found them filling and okay.  They reminded me of when we balled up bread on a treble hook to catch carp out of the Illinois River as a child.  If I could, I'd order the soup with more chicken and fewer dumplings.   [2/1/2015]

I expected a matronly Asian woman in this food cart.  But friendly Jeff was running the show. Perfect location to grab some food for a brownbag seminar two blocks away. 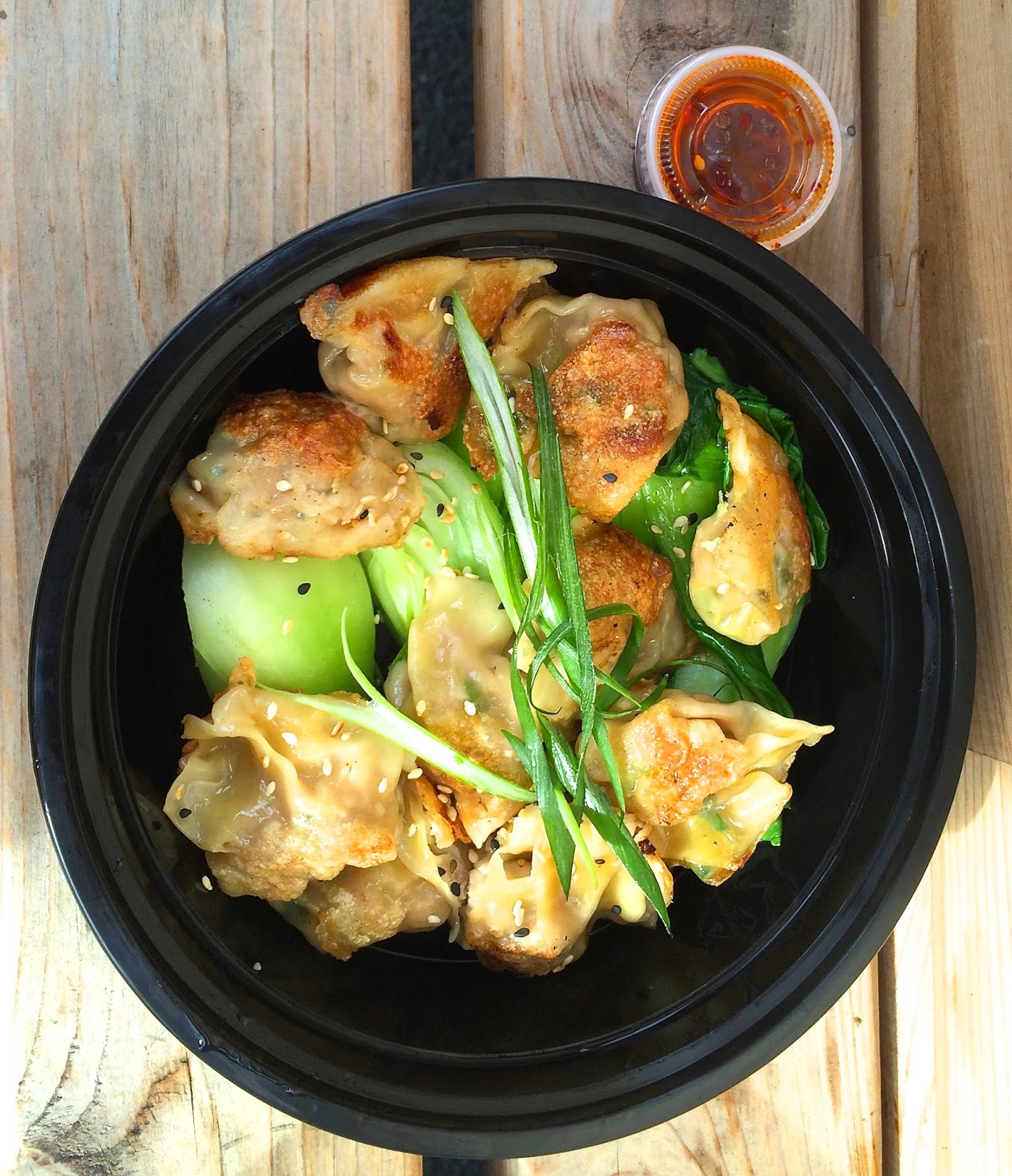 
Quite a departure from food carts.  The elevator doors open on the 15th floor to a dark and neon-like, space-agey tunnel.  It felt like I'd run into Captain Kirk or step into a Michael Jackson video from the 1980s.  Then, one enters the bar and finds the windows to see the beautiful light. 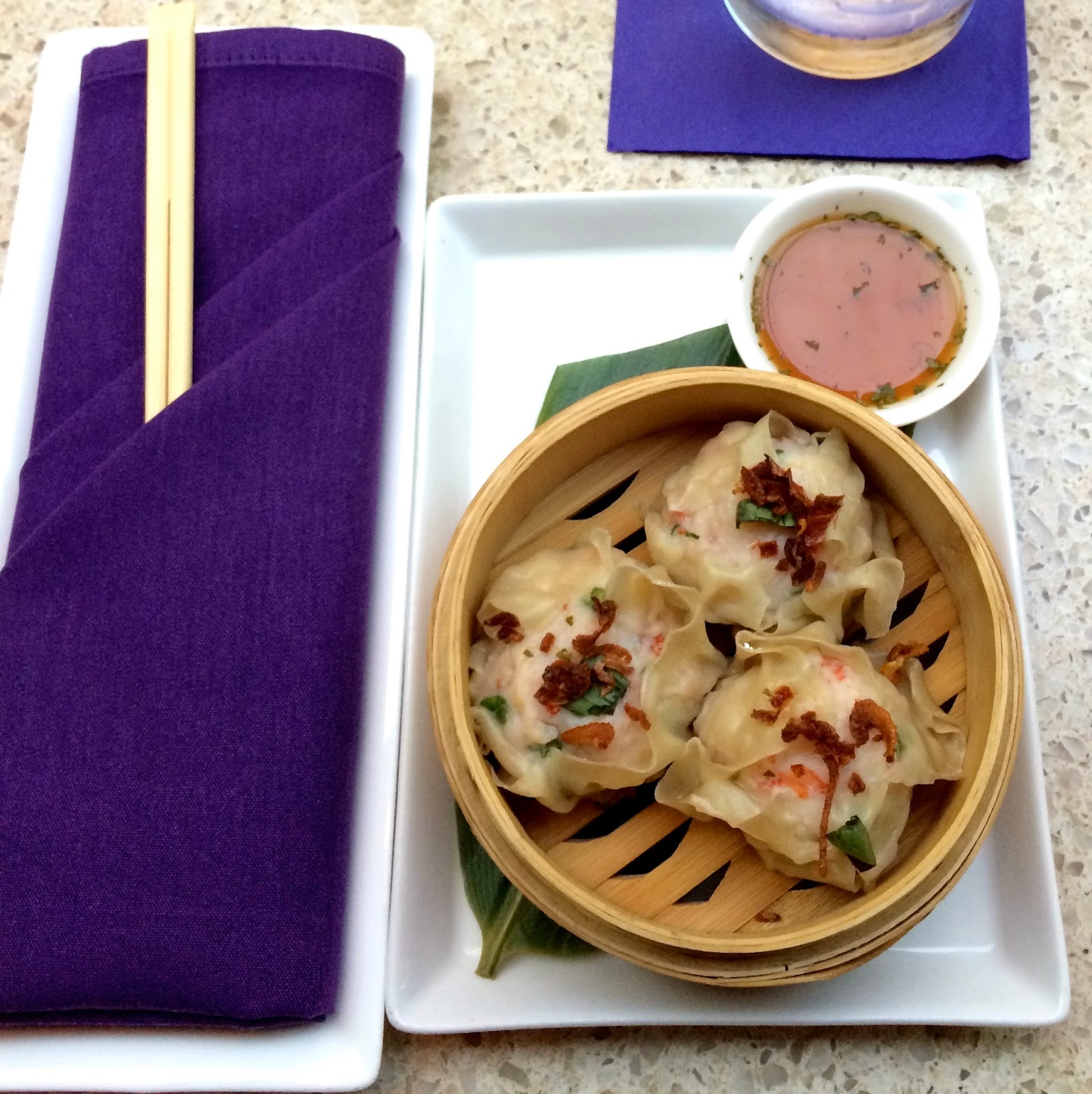 Chef Gordet's flavors were more nuanced, yet not all that dissimilar from the spices of Mama Chow's.  What separated this $11 offering (besides the higher-rent space) was the steamed preparation as compared to pan fried.   I washed it down with water and NOT a $12 glass of wine. [2/2/2015].